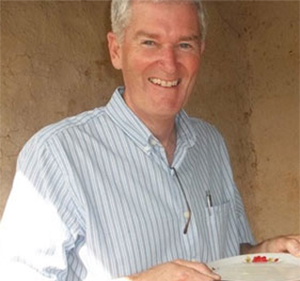 
Bob Whitney is the lead crop consultant for Farley Farm Supply in DeLeon, Texas and the owner of Whitney Consulting Group, a company doing consulting and research work in agriculture and community development in the US and other countries. As recently as 2012 Bob was Commercial Farm Manager for the Ukulima Farm in South Africa, a cooperative project between TAMU and the Howard Buffett Foundation.

In 2010, Bob retired after 28 years with Texas AgriLife Extension Service. While with AgriLife Extension Bob held positions as Extension Agent and also Chief of Party and Team Leader for the Iraq Agricultural Extension Revitalization (IAER) Project for 18 months.   IAER trained Iraqi Extension Agents in all areas of agriculture and during this time he lived and worked in the Middle East.

Bob holds Master’s and Bachelor’s degrees from Tarleton State University. Laurie is his wife of 33 years and they have two children Kate, County Extension Agent – Family and Consumer Sciences in Bosque County and Marshall, a Mechanical Engineer working in the oil industry in Houston.