AgriCorps is expanding possibilities to address the challenges of the world by connecting young American agriculture professionals to the demand for experiential, school-based agricultural education in developing countries. AgriCorps will accomplish this mission by achieving three objectives:

Recruit high quality, motivated, creative, American college graduates of agriculture with past experiences in FFA or 4-H to volunteer one year to teach agricultural education in developing countries

Meet the needs of rural young people by equipping them with agriculture and life skills to become healthy, critical-thinking farmers and democratic citizens

Transfer agriculture technology and methodology through youth, as early adopters, into farming communities in developing countries

WHAT IS SCHOOL-BASED AGRICULTURAL EDUCATION? 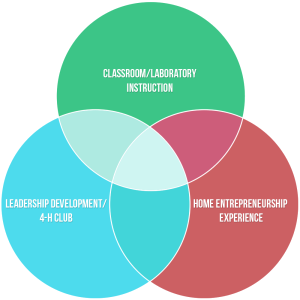 1. Classroom and Laboratory Instruction
Classroom and laboratory instruction includes any learning that occurs during the school day. This might take place in front of a chalkboard or on a school farm, ag mechanics shop, or school garden. Effective classroom instruction prepares students for their entrepreneurship experience and enhances agricultural skills necessary for increased production yields.

2. Home Entrepreneurship Experience
Teachers supervise students’ home entrepreneurship experiences, which might include raising chickens or producing vegetables. This hands-on learning reinforces the curriculum taught in the classroom through a real-life environment. Students can earn money, learn business skills, and start their own enterprise while still in school.

WHAT IS THE HISTORY OF AGRICULTURAL EDUCATION IN THE UNITED STATES? 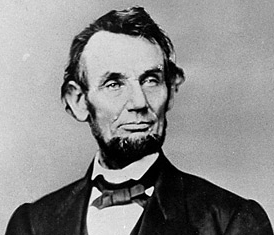 President Abraham Lincoln signed the first piece of agricultural education legislation in the United States in 1862 with the Morrill Act establishing Land Grant Institutions to teach agriculture, amongst other vocational fields of study, to average citizens.

Other pieces of federal legislation were passed including one focusing on minorities in agriculture and another for research and technology. Extension agents “extended” the research and teaching of these land grant institutions and research centers to local farmers. While some farmers were receptive to new ideas, most were not. As one cooperative extension agent in Texas said, “If I can’t teach an old dog new tricks, next year I’ll start with the pups.”

That extension agent’s sentiments were not unusual, and demands for agricultural youth programs across the country were made. While many 4-H style programs had been individually developed across the country for many years, the Smith-Lever Act of 1914 effectively nationalized 4-H, a youth development organization designed to teach agriculture, home economics, and life skills to young people. In 1917, the Smith-Hughes Act created Vocational Agricultural Education in secondary schools, which later developed into the Future Farmers of America (FFA). 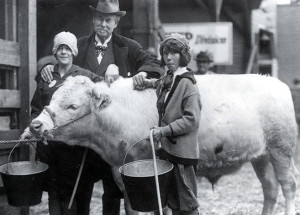 County Extension Agents and “Vo-Ag” teachers educated and supervised students to grow crops and raise livestock. These young people were more open to experimenting with new ideas and technologies in agriculture. County Fairs were organized with supervised youth competing against adults in crop and livestock competitions. When the supervised youth began winning competitions against their elder competitors, older farmers wanted to know why. As a result, the old farmers began seeking advice from their local county extension agent, too.

Agricultural Education may have origins in the United States, but it has proven to be a replicable model around the globe.

4-H has had a global youth movement since it began in the early 1900s. Canada 4-H led the global expansion in 1913 followed by other nations in Europe and Asia. The relationship between 4-H and The United States Department of Agriculture (USDA) nurtured this global expanse by advising foreign governments and providing curriculum for youth development programs.

Beginning in the early 1960s, 4-H developed a formal relationship with Peace Corps. 4-H Peace Corps programs were established in Latin America, Asia and Africa. Today, 4-H is located in more than 80 countries with 500,000 members outside the United States.

In 2014, the First Global 4-H Summit was held in Seoul, South Korea. Fifty 4-H programs from around the world attended. In her remarks to the group, the President of South Korea attributed the economic and democratic development of Korea to the 4-H and Future Farmer movement in rural areas. The Second Global 4-H Summit will be held in Canada in 2017. 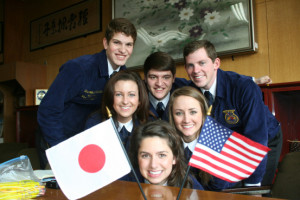 The National FFA Organization has also shared an international presence. During General MacArthur’s occupation and reconstruction of Japan, Ivan Nelson, a former vocational agriculture instructor attached to the general’s staff, recognized the need for sustainable agriculture in a nation destroyed by war. As part of that strategy, the Future Farmers of Japan (FFJ) was created, and by 1956, the FFJ had over 250,000 members.

Throughout the 1950s, Future Farmer programs were developed in The Philippines, Thailand, Taiwan, Okinawa, Peru, Colombia, Costa Rica, Mexico, Canada, Israel, and Ethiopia, amongst others. In 1963, the FFA partnered with Peace Corps to develop a Future Farmer program in West Pakistan.

What are the guiding principles of AgriCorps?

But of the best leaders,
when the job is done,
the task accomplished,
they will say:
“We have done it ourselves.”

How is agriculture technology transferred through youth to farming communities?

Young people are early adopters of technology—whether it is Facebook, an iPhone, or a new seed or implement. They are the only group of individuals in rural, agrarian communities who have the luxury to be risk takers. Through classroom and laboratory instruction, young people will learn the benefits of new agriculture technology and methodology, such as an improved maize variety. Through the home entrepreneurship project, they will take this new seed variety home and plant it in their own small farm or garden. Their parents will be forced to confront the benefits of the technology on a daily basis and compare the yields to their own. Now armed with first-hand observation, farmers will have the confidence to adopt the new seed and utilize it on their farm. This creates what Everett Rogers calls the diffusion of innovation within a community. 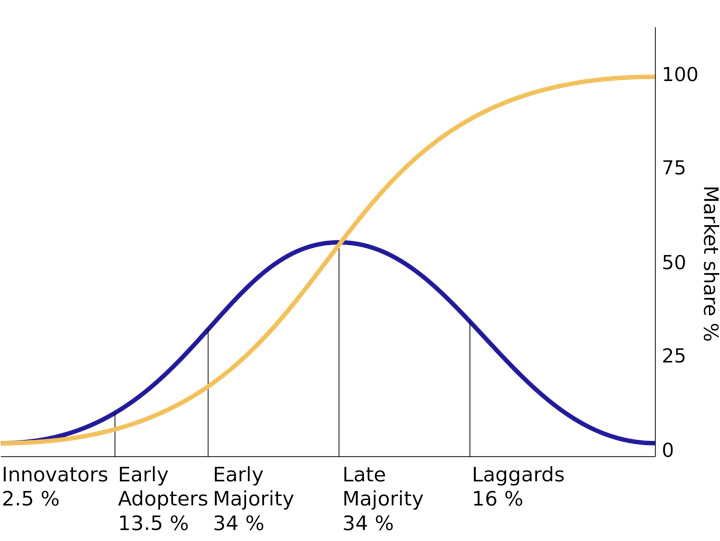 “Humanity’s greatest advances are not in its discoveries, but in how those discoveries are applied to reduce inequality.”