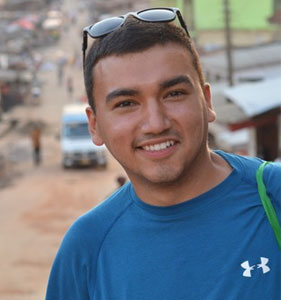 
John Romo was raised in Weslaco, Texas. After being actively involved in his high school’s FFA chapter, he attended Texas A&M University where he completed a B.S. degree in Agricultural Science in 2012.

Prior to completing his service as part of the inaugural AgriCorps class, John handled recruitment programs at Texas A&M University’s office of admissions and served as a conservation education instructor at Disney’s Animal Kingdom. John currently fills the role of Nkosuohene, the chief of development, for the community of Adarkwa, Ghana.