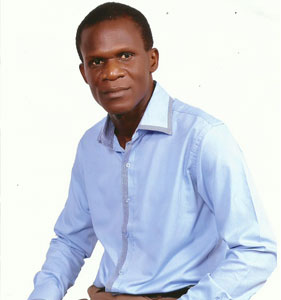 
G. Umaru Sheriff is the National Executive Director of 4-H Liberia Incorporated and one of the key individuals that re-established 4-H in 2006 as a National Non Governmental Organization dedicated to teaching agriculture education and leadership to youth in Liberia. Through his leadership, a strategic plan for 4-H Liberia was developed focusing on agricultural and leadership training skills for youth.

Mr. Sheriff has always lived in Liberia, with the exception of his time as a refugee during the Liberian Civil War which ended in 2003.  During that time, he spent five years in Sierra Leone.  He’s a 2010 graduate of the University of Liberia with a BBA in Accounting and Public Administration.  He has taken several courses and workshops in Agriculture Education.

Besides being the leader of 4-H Liberia, he is also serving as a Sunday school teacher at the Faith United Evangelical Church in Monrovia.