I am so proud; our garden has gone from forced labor to willing labor. It has taken patience and persistence, but eventually they have grasped the idea. Leadership and accountability, what I have been preaching and showing since I arrived, has finally transferred to some of the teachers. Early Wednesday morning, Sir Gyan arrived and started marking off areas in the garden for the students to weed. As students showed up and saw he meant business, they participated not only willingly, but also eagerly. It was raining and after about 45 minutes I told the students they could come out later to finish, but they chose to brave the rain. After assembly everyone returned to their studies. At second break I looked out my window in the teacher room and saw students walking to the garden! All of the teachers were in the workroom. Throughout the day students were in and out of the garden clearing the land whenever they had a break from classes! On their own they chose to work. Sir Gyan leading them and demonstrating that he would hold them accountable for their actions in a way that was not demeaning but inclusive and positive has brought not only JHS students into our garden but also many primary students. 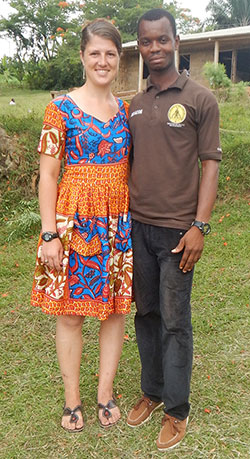 During the first term, both Gyan and I were trying to find our place at the school. Gyan too was new to Pakro R/C, and fresh from teacher training college. I avoided talking to him and being around him one on one. He was a very aggressive teacher who thought the cane was the only answer, and used it excessively. I clearly remember one day when I was expecting visitors to watch me teach. About thirty minutes before my class was to begin, Gyan went into the form 1 classroom and, having no authority until it was my period, I waited. I listened to every hit and the tears it brought from the students. He was giving them one cane for every question they got wrong; there were 50 questions, and no one got more than half correct. As soon as 11:25am came, I rushed into the classroom to find Gyan was gone, but the students were still crying and some could not even sit, and my class of normally eager and excited students as only full of pain and confusion. After that, I never spoke to Gyan.

I don’t agree with the discipline here, in fact I loathe it, but Gyan swore by it. However, in January, Gyan approached me when the 4-H was cutting bamboo for our garden fence. He asked me, “What is another way of discipline? Caning is not making the situation any better.” I got chills and could hardly contain my excitement! He wanted to know how to change. He ASKED me how to better discipline and interact with the students! We talked about accountability and consistency and fairness, not only for the students, but also for the teachers. How one cannot expect the students to show up and work, unless they feel that the adults are also putting in effort. The best part of our short discussion was the immediate difference. Right then and there, Gyan put down his cane, picked up a cutlass, and showed the students what he felt the most efficient way to cut the bamboo was. He then proceeded to have a discussion with the students about why he thought that was the most efficient way and engaged them within the discussion. The result was all of the bamboo cut and stacked efficiently, without the use of the cane, and everyone had a genuine smile and sense of accomplishment. This was the beginning of actual change at Pakro R/C. The events that have followed have been a tremendous leap forward in development and positive teacher-student relationships. Gyan’s determination and leadership has encouraged other teachers to follow suit. I have seen great improvements in all of their teaching and discipline methods, especially in the several who attended the Experiential Teacher’s Workshop. In fact, the following first week of teaching I was hearing songs and activities coming from all of their classroom, and I have seen them share ideas with their fellow teachers. Pakro R/C has much potential and bounds of hope. 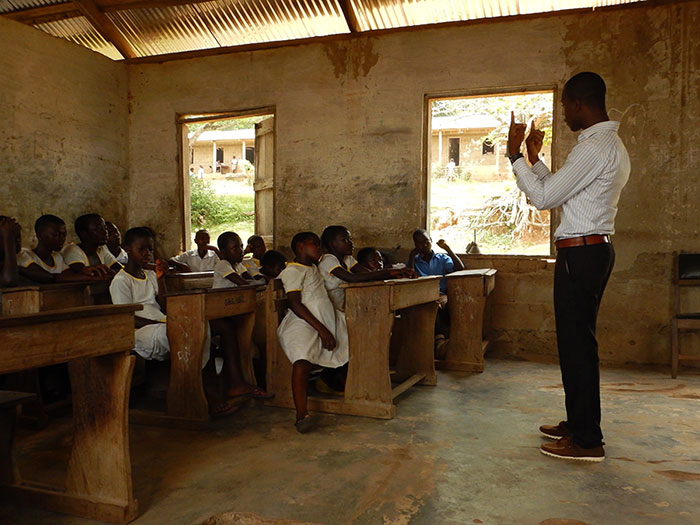