As a child my favorite question, like most children, was “Why?” I remember asking it repeatedly to anyone that would listen. Car rides with my parents were filled with questions like: “Why is the sky blue? Why is it called ‘lime light’?” or my favorite to ask, “Why did that person do that?” With my parents ‘why’ was a safe question and always encouraged. I soon came to realize that in the outside world ‘why’ wasn’t encouraged. So many times why questions were met with, “that’s just the way the way things are done” or “I don’t know, stop being annoying.” As I grew up my quizzical nature came to be replaced by one of judgment. Instead of trying to understand why people do what they do my first instinct became to pass judgment and live in ignorance.

I brought this judgmental nature with me to Ghana. My first 6 months I was so angry because of my judgment. I judged teachers for coming to work late and leaving early. I judged my students for talking in class and being disrespectful. I even judged the local women who used charcoal to cook with when clearly cooking with propane is cheaper and so much easier.

One day in class I was teaching a lesson on nutrition to my students. Whenever they give me a wrong answer I ask them why they think that is the answer. Nine times out of ten I get a deer-in-the-headlights look. They are not used to being asked why and having to defend their answer. Sometimes when they get the answer correct I ask them why just to keep them on their toes. This particular day I had asked multiple students why and no one could give me an answer. I told my students that in class, as well as life, ‘why’ is the most important question we can ask. Definitions and reciting formulas will only get us so far. Asking ‘why’ takes us to a deeper place and will give us a much more meaningful answer.

As I walked out of class I realized that I had stopped asking ‘why’ in my own life. I never took time to ask people why they do what they do; I simply ascertained that they did it. So I asked a teacher why he comes late and leaves early everyday. He told me about the shop his family owns. Due to the governments irregularity in paying his salary he has to make sure the shop stays open so his younger sisters can go to school.

I didn’t even know he had sisters. 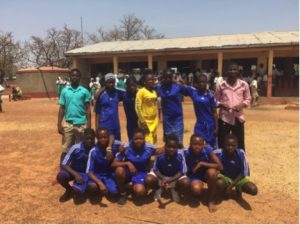 I asked my students why they are always talking while I taught they informed me that the ones who understood me translated to the ones that didn’t so that everyone might have a chance to understand.

I thought they all understood me. 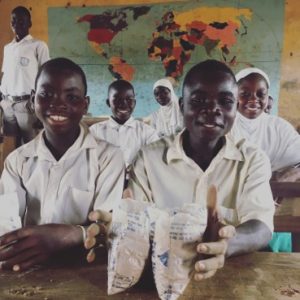 I asked a few women why they cooked with charcoal instead of propane and even went on to state a few benefits to cooking with a propane cylinder. Each woman gave me the same answer: they worry about the safety of their children. A mom has a busy schedule to keep if the house is going to run and as a result they cannot watch the kids 24/7 to make sure they didn’t play with the propane tank.

I had never thought of that. 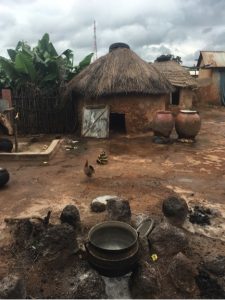 Asking ‘why’ became a turning point for me in Ghana. I am no longer angry about the way things are done but have learned to appreciate them because of the person doing the action. We are all just trying to survive the best way we know how and who am I to pass judgment on someone else’s way of doing things? We do not always have to agree with someone’s methods but to understand it is key.

Kaylee received a bachelor’s degree in Animal Science from Chico State University. Before becoming an AgriCorps Fellow Kaylee completed an undergraduate research project that allowed her to travel all over the U.S.