“What do you miss most about home?” I remember asking that question to a friend who had been living in Haiti for half a decade while visiting them. Sitting on their front porch and looking out at the beautiful mountain landscape around us, they sighed, “I don’t know, maybe driving?” It didn’t seem like a complete answer to me, not the one I was looking for; were they not experiencing FOMO (fear of missing out)? At this point in my life, I had just finished my freshman year of college and was on a trip to Haiti for the purpose of getting out of the States, visiting some friends, and to be honest, processing the chaos that had been the last year. Sitting in West Africa a decade later, this seems like a silly question. A better question, I think, is “What would you miss if you weren’t here?” 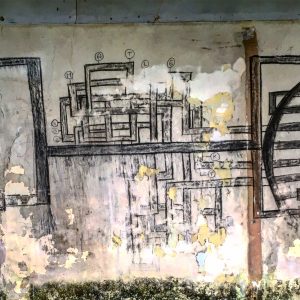 Yesterday, I went to Blue Lake in Bomi County with some friends. It is an old iron ore mining pit where the crew accidentally hit groundwater and filled up to make a lake. I have lived in Liberia for over a year but have never been. How could I have waited so long to go? The water is blue. Like crystal Caribbean blue, but more blue, apparently from all the mineral in the water. The sides are tiered where pieces of the pit were blasted away. Nature has completely taken over. Layers of trees, shrubs, grasses, the diversity of the Liberian rainforest returned to the carved-out pieces of the site. It is magnificent. It made me realize to a greater magnitude than I had realized that I am constantly awed by the incredible people and places I have met abroad. 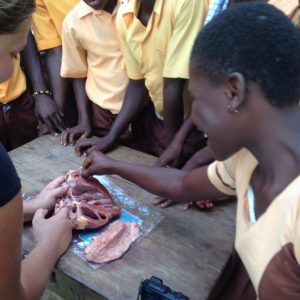 There are countless examples of things that I would have missed out on staying in whatever I thought my comfort zone was. Watching a TED talk with the newly elected 4-H Officer college students at my first teaching placement and discussing the importance of integrity in leadership until midnight, participating in community livestock vaccination programs that helped ensure healthy production of valuable income and nutritional sources for hundreds of families in that community, learning bits and pieces of several languages that may not exist in 100 years, ushering in some of the most incredible sunsets and sunrises the world could offer overlooking rice fields, but most importantly, building relationships with people who inspire, encourage, and challenge me. Building relationships with people who have committed their lives to making the world a better place, to creating opportunities for young people where they never existed, to food security, to rebuilding their country after decades of war and devastation have been the most important things that I would have missed. 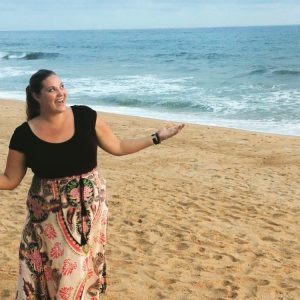 After 3.5 years in West Africa and almost 9 years away from the Midwest, I still get little bouts of homesickness from time to time. It is natural and it will happen. However, to enforce the cliché, home isn’t always a physical space. For me, it’s an experience and AgriCorps has been one of the most instrumental parts of that for me. There were natural hesitations when I applied for AgriCorps. I feared I would miss out on making memories and the comforts of home. In hindsight, I don’t know where I would be without this experience with AgriCorps. I now fear missing out on the impact that I could make; an impact that is far greater than myself.

With applications due in less than 5 days, you have a decision to make. Do you dare to leave what you’ve always known for the experience of a lifetime, or not? Don’t let your FOMO hold you back. Regardless of your next steps, there are choices to be made. AgriCorps can help you develop skills that serve as a catalyst for the workforce, grad school, or further. The experiences of living in West Africa for a year go so much further than the surface. I strongly encourage you to apply, to take that chance, to have this experience.

Melissa received her bachelors and masters in animal science from Texas Tech University. She worked in Panama as an agriculture intern studying tropical agriculture systems and in Haiti with medical teams. Melissa has served the last two years in Ghana as an AgriCorps Fellow in both the Eastern and Northern Regions. She is currently the AgriCorps Country Director in Liberia.