Sitting in the barber seat again in Begoro, I can’t help but recall the fact that despite being in an African country, amongst my peers group technically speaking, I am a minority. During one of our monthly in-service trainings in Tamale, the busy and desert like city in Northern Ghana, my colleagues expressed some of their struggles as an AgriCorps Fellow. It included the challenges like language barriers, working with other teachers and farmers, living in less developed areas like a village, and how it felt go long periods without seeing other white people. In the more tropical Eastern Region where I am stationed, Obronis, Twi for white people or foreigners is a word used often by Ghanaian children and some adults. Even people including myself are commonly referred as Obronis if they’ve never seen you before. This phenomenon is somewhat less common in the more ex-patriot friendly Northern Region of Ghana. Since we were sharing our thoughts during training, I made joke and said, “You must not be super thrilled when you run into me then?” I thought it was funny. Everyone in the group laughed at the irony and awkwardness and we continued our meeting. 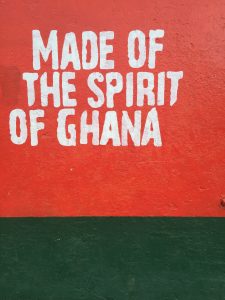 However,  something I’m forced to be aware of is the very real lack of diversity and lack of exposure that some people are equipped with when working in a field such as this one. In an industry as important as agriculture and international development, often times there is a lack of diversity in a field where a large number of the people whose lives we aim to improve are those who kind of look like me. Not everyone does of course since development is a global cause and no I am not Ghanaian and couldn’t tell you what part of Africa my ancestors are from. Yet, in Ghana few native born Ghanaians would question whether I was born here. Apparently, it’s difficult to tell the difference between myself and another Ghanaian based on my phenotype. This can be advantageous as long as my Twi practice holds up in conversation. I’m still working on that part.

However, when I meet other Obronis in town from the numerous development based organizations doing work in Ghana, I’m often met with a weird vibe that says “leave me alone.” I get it, Ghanaians in the market can be aggressive when attempting to get you to buy random assortments of items imported into country. I do make an effort to explain that I am from the U.S., but I am not sure they’re convinced unless I am introduced through one of my other colleagues.

Another issue besides the need for more manufacturing of locally grown food and goods in Ghana and my social life is that, most fields want qualified individuals. If you want work on computers for example, it might require a specialized skill like web design where you need to be proficient in a computer language like CSS and HTML. Another issue is that you may find the that despite these qualified people existing in all groups, black people and other minorities are traditionally underrepresented in such fields. The same can be said about the industry of agriculture and international development. Why is this the case? Have things not improved since we had President Obama in office? That’s debatable, but in general most groups of people in the U.S. have continually made some progress. Some people however, are still somewhat behind the curve.

In Ghana for example, the parallels that can be made between the problems I have witnessed living in the village of Nkankama and Forest Park in Baltimore, Maryland are uncanny. Yet, despite whatever socio-economic background people emerge from, there will always be the few gems among the rocks. People who are able to rise above the common pit falls within a group and maybe go on to something different than their peers. However, most don’t get the opportunity or have the exposure to make broad minded decisions. So they stick to what they think they know.

Many of my peers went on to medical school and the like because when you have an education, you better go a do something prestigious and make money. That’s the smart thing to do, but you can’t ignore the fact agriculture is a huge field offering many opportunities, but most people I know associate agriculture with being poor or slavery. 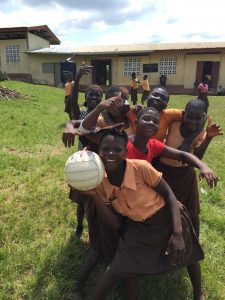 like Africa as a diseased filled, underdeveloped jungle with starving children. These ideas however, are simply not true and are the result of media campaigns for  NGO’s and other propaganda. As a result, people are driven away from these fields while a large number of people who choose these fields may simply live on the surface of the issues at hand. Meaning they may be unable to connect with those they intend to help on a deeper level and even if they do, chances are they will be an Obroni and are likely to viewed as something different or outside of one’s self. This idea is expanded upon further in Paulo Freire’s famous book on education and poverty, Pedagogy of the Oppressed. In any industry today, the trends are proving that bringing people who have a different background from the company’s culture increases growth. This is because those people are looking through a different lens and can bring skills and idea’s from a different perspective than someone who is considered a fit for an organizational culture.

I believe that if we want to make impact in agriculture, education and development there has to be disruption, meaning outsiders who want in that are bringing something different to the table. There has to be increased diversity and more people with a passion for helping people. Many people who are unaware or less invested in a cause only hope to gain a resume booster and the gratification felt from receiving Facebook likes on photos of them next to what can be perceived as a poor African child. Despite these things, I believe there is room for growth, but more content is needed to broaden the minds of people about the challenging and rewarding world of agriculture education and development. Benefits include cultivating creativity that emerges from experiencing things like travel and interacting with different cultures. Come one come all, but only if you’re really about that life because it ain’t easy.